Cinema in new lights: where tolerance and art meet face to face

There are two primary reasons I find cinema fascinating. (1) As different art mediums come together in cinema, the limitations it places on those artists forces a particular sort creative thinking; and (2) since film is multi-faceted, people will love and approach it in unique and personal ways.

First: Putting boundaries on the artist

While I love to write, and I love photography, I think the cinema has become my favorite art medium. It is so limited, and yet so free. In the greatest pieces of cinema, actors master their particular art (whether film, television drama, sit-com, or documentary) while weaving together the skill of writing with the beauty of the visual art. All artists can come together in the cinema. It is so more limiting than designing clothes for a model, paintings for a gallery, or music for a symphony. There, the art is allowed to reach whatever heights the artist can imagine. The endless possibilies are incredible. Here it is restricted. It must be applied. The artist must bend to the purpose. If the artist can bend to the purpose, while still remaining true to the art, while still keeping the highest quality, here I think the artist has also achieved something incredible, in a different way. Both are necessary. The ability of any artist to adapt from an environment of total creative freedom to an environment filled with boundaries shows the adeptness of the artist.

Time and again 1939 is considered the greatest year of cinema. It brought us Gone with the Wind, The Wizard of Oz, The Hunchback of Notre Dame, The Little Princess, Midnight, Mr. Smith Goes to Washington, The Women, and Wuthering Heights. The list goes on and on. What happened that year? The production code began to be enforced. Censorship was on. The writers and directors had to make appealing art within the limitations of that production code and it is known for producing several of the greatest movies of all time. 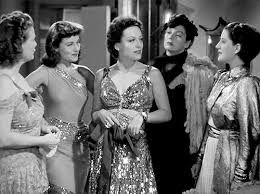 What interesting things happened with an art form that has so many facets? People approach it from different directions.

To be specific, I am not a fan of the Disney machine. I think that is primarily because I am sensitive to psychology, perspectives of culture and marketing (from a psychological perspective) and what message is given through those lenses. In my opinion, Disney uses consumers to make a profit. It frequently sends a message of the uselessness of fathers and the requirement of either a passive female or aggressive, who needs men, feminists. Complementarity is not explored. Religion is excluded. Costumes are sold. Princesses engineered to appeal to as wide an audience as possible. As the culture has changed, Disney has changed.

I spoke recently to a lover of the theater. Her view is totally different. Why wouldn’t it be? Other than Rogers and Hammerstein, in the past 50 years who has brought theatrical music to the general public? Disney. She thought the music from Frozen to be of incredible quality, harking back to the Disney Renaissance.

Since I approach the film differently, I see different things. Neither is right or wrong. Just as life is made better by the variety of worldviews, so we can take what we want out of a film and enjoy it in our own personal way.

Going further with the concept of the personal, there are limitations beyond the creators’ control in film. With a painting, the artist places’ his stamp on the image of the model. So in a way, it is the painter we see, even though he sought to represent the model. In a novel, the reader places his own image on the descriptions. Readers are either delighted or angered by the choice of actor to play the role, or the manner of the actor depending on how it aligns or disfigures their mental image of the character.

This brings us to the point. Like photography, cinema brings us real people. We are drawn or experience aversion to people and their manners. For example, I an a fan of “The Unbreakable Kimmy Schmidt.” I love the courage and desire for personal development of the main character. I love the subtle and over-the-top humor, the multitude of cultural and iconic references. I love the strength of the female lead, whose existence is not dependent on other male characters. It’s a great piece of television in my eyes. A friend who also loves cinema dislikes the show because of the main actress. That happens. Not all personalities can be attractive to everyone. If they are, that is when you end up with mega-stars.

This is also experienced in theater, Even in theater, an actor who is more than just “a body with a voice,” viewers creates the character in his or her image. My husband and I have watched a filmed theatrical version of Into the Woods and really love it. We watched the recent film by Disney, so ready to love it, and were sorely disappointed. Why?

We had in our minds the portrayal, energy and comedic timing of the theatrical actors. Disney movie just did not compare.

Into the Woods, Original Cast

Does that make less of the experience of someone else watching it?

Possibly. But also possible that it was our personal experiences that led to enjoyment or displeasure.

The discussion could go on and on. Cinema provides us with a special place, wildly boundless and yet full of boundaries for those who help to create it. It is deeply personal from the personhood of the actors to the personalities of the viewers. There is something for everyone.